Being a developer with background in electronics, I sometimes miss the physical aspect of writing software. I don’t mean physical like touching other people or something, no, more like writing code that does something physically. Like operating a lamp or a motor. So, some time ago I saw my chances fit for a new side project: home automation.

While investigating what I would need, I Quickly became convinced that besides programming an installing it myself, the biggest challenge would be to get all bits and pieces together. There are a lot of systems and vendors and it is hard to get some objective information, or just information all together. So I decided to start sharing my experience here. Maybe it might serve to some good for other brave souls crazy enough to try the same thing for their homes.

But first, lets start with a good old rant. Why o why is the world of home automation so badly organized? Let me come again; why? If you enter this world, set aside all open source principles. Do not hope that you are going to find centralized/useful documentation on how to do things. 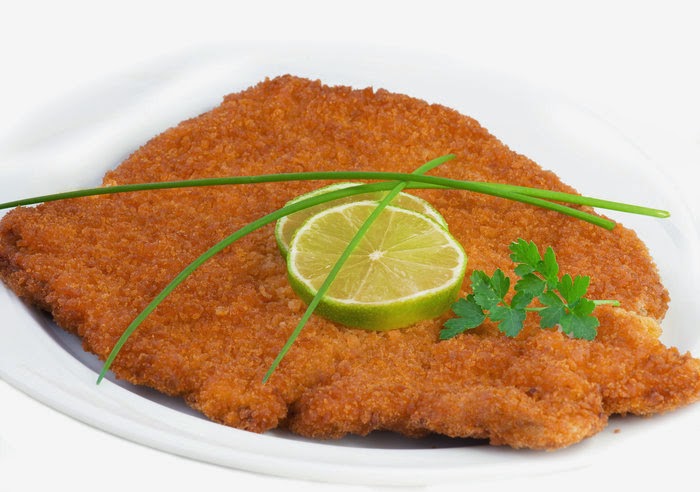 Imagine going back in a time machine, where the Internet is not sometimes referred to as the ‘interwebs’. Where the Internet is still delivered over slow landlines owned by evil telco’s wanting nothing more then your small fortune. Where marketeers did not yet understand that a platform can be offered almost free of charge and that there are plenty of ways to make money. Imagine a world where not everyone speaks German. German you say? Yes, get used to words as ‘Schnittstelle’ (not to be confused with the well known Schnitzel) or ‘Zählerfernauslesesystem’.

Apparently a lot of these companies are German, and while most documents are indeed also available in English, some are left untranslated so you are stuck with the German version. Fact is that most of these sites need to be browsed in English and a second time in German locale to make sure all information surfaced. Some documents simple don’t appear otherwise. But it is what it is, so lets suck it up and proceed.

As with every project it all starts with the requirements. This time being the customer myself, having bad, or no, requirements is not going to be an excuse. But here also lies the danger. Home automation is very subjective. Some people want their eggs to be backed automatically in the morning, others just want a panic button. For me it is a subtle mixture between what is doable, what is actually needed and the budget. The must haves:

For me this is where the barrier between useful and affordable automation ends. Audio for example, sure nice things are possible, but this is better controlled  separately. There is plenty of choice in media system with Spotify integration at far better prices. The thing is that for audio one wants to have freedom of choice and not be bound to a single (expensive) product.

Next the hardware. Easier said then done, so first let’s try to identify some categories 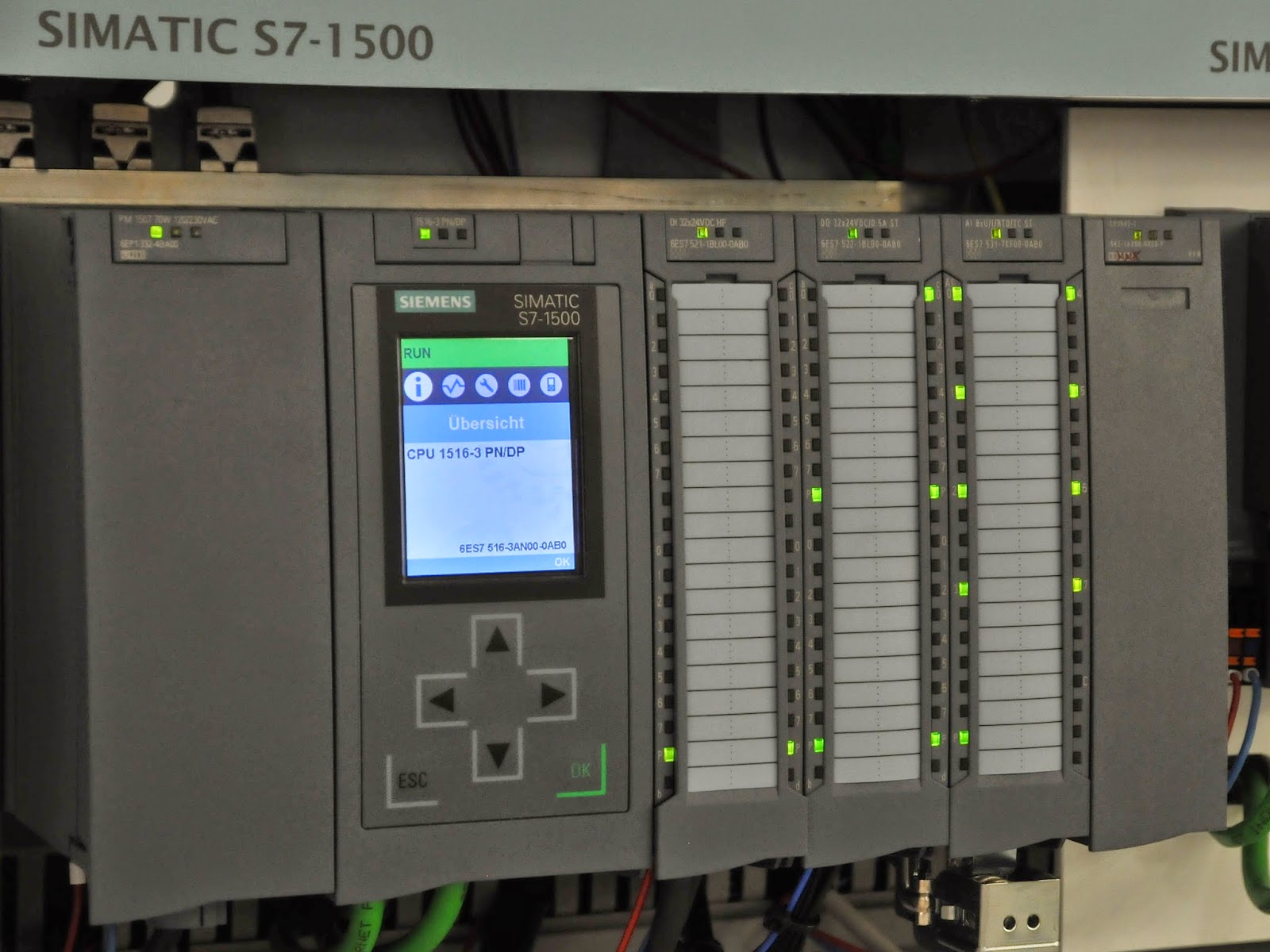 A barebone PLC, for example the Simatic S7 from Siemens. They are the SAP of automation. You can build nearly anything with them and they are very robust/stable.
However, the thing is that they are barebone. For example, programming is done with STL, which is very low level, comparable to assembler. On the image below you can get an idea  how this looks.

Agreed, you can also opt for a graphical way of programming, like LAD (ladder) but it remains pretty low level. But that’s not all. These things have a high cost, which is understandable if you see in which kind of factories they are being used.There are also other manufacturers which are S7 compliant, such as VIPA, but the price still remains high. But the biggest downside is probably that there are no ready build HOME components. If you want a push button with LEDs, no problem, but then you have to build it yourself. I like a challenge but this would be a bit too much for me.

Siemens Logo! is such an example

While they are cheaper, they still suffer the same drawbacks as its bigger brothers. There are also no real home components and having something simple as LED feedback on a button (e.g. a ‘occupied’ LED) means you’ll have to run an extra wire and an need an additional output just to steer this one LED. While there is profibus (really expensive, but ok) for Simatic, Logo! has no bus system. This means that if you want 16 switches you’ll at least need 17 wires running in your ‘data’ cable. Double that amount if you want to use LEDs</div>
Don’t get me wrong; Logo! (or PLCs) do have a place in home automation. First there is the ease of installation. You don’t need cross switches or wiring switches directly to switching points as with a traditional installation. It will be well suited for basic stuff like push buttons (instead traditional toggle switches), programming panic buttons, simple motion detectors etc They are also more favorable over contactors/relays as they dynamically programmed and prices will be almost the same

Then there are what I call ‘home automation PLCs, one of them is the Loxone Miniserver 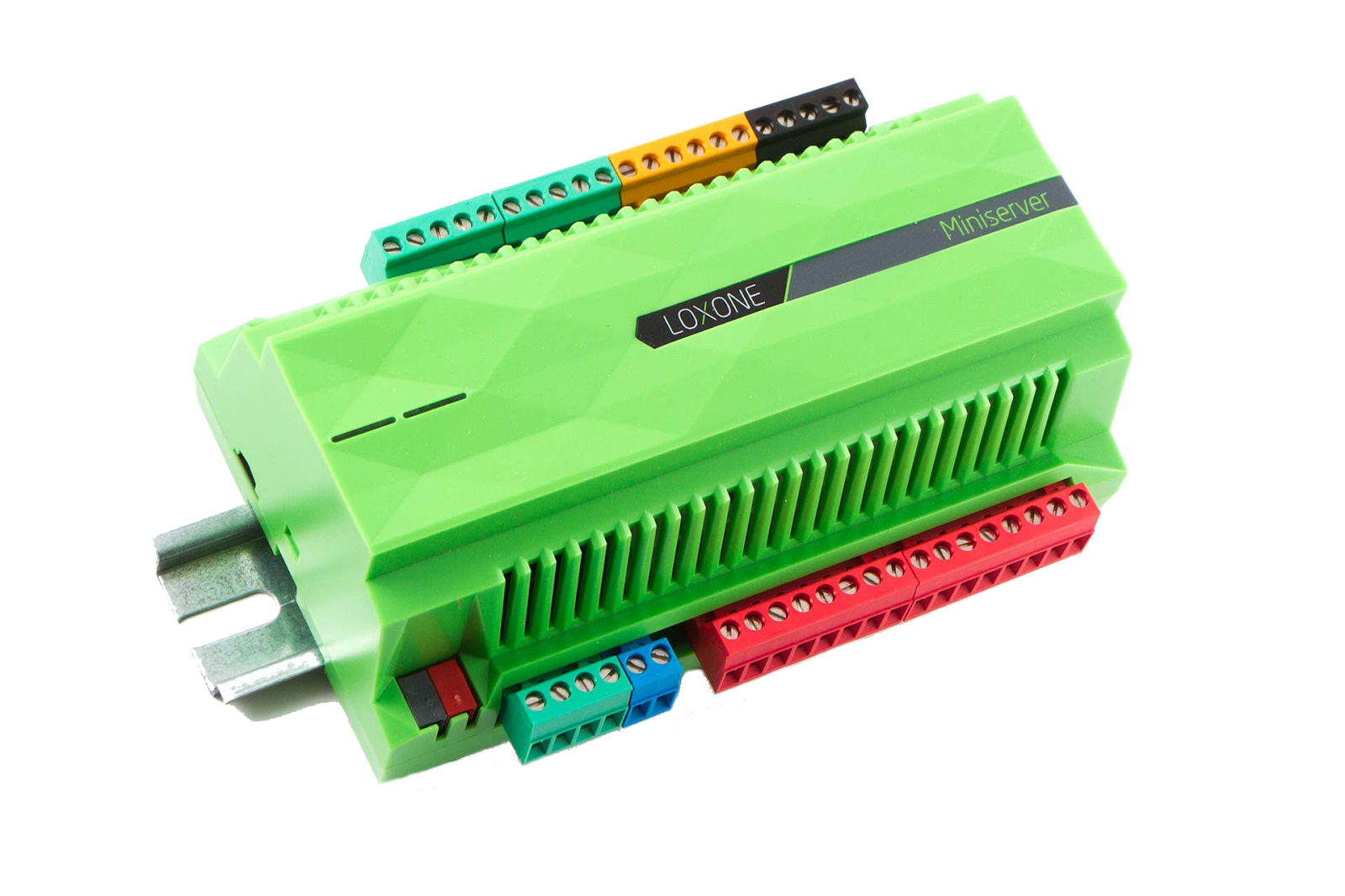 It is a CPU just like Logo! or Simatic, but more focused on home automation out of the box. It comes shipped with a webserver and phone app allowing instant remote access from your browser/phone. There are also several already build components which you can use straight away. And most of all, it comes with KNX/EIB support (more on that later). But to use it as the main home automation solution it would suffer the same disadvantages as the previous ones; limited intelligent components(°) and no bus system.

(°) limited, but there are at least extensions like a an IP cam based intercom, RGBW controllers, wireless extension and more (check it out) these home components are not available with traditional PLCs

With “real” I don’t mean that these system would be more stable or mature, not at all. But they are more home oriented and therefore a closer match as to what one would need for home automation. 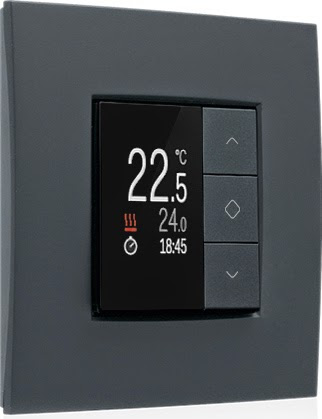 To make it easy I divided them in the closed systems; such as Niko (Belgian company) home control (NHC) or BTicino (Italian) etc. These are examples of a closed standard and only the manufacturer in question produces components for it. 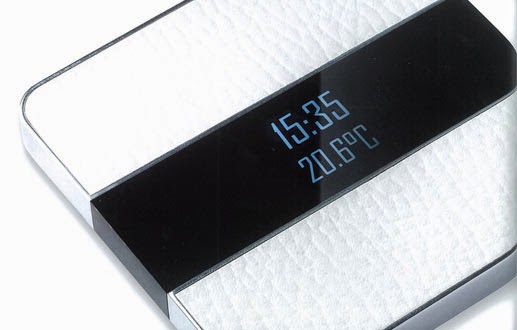 Then there are the open systems such as KNX/EIB. The latter is an open standard and every one is free to build components compatible with this standard. This means that you don’t have a vendor lock-in; you can mix different brands and components, as long as they are KNX/EIB compatible. For example, one can have a MDT pushbutton combined with a Jung dim actuator and a Basalte thermostat. Just as NHC, KNX uses a bus (EIB) with a free topology.

Ok, then what is the best solution? There is no objective answer in which is better. It basically depends on budget, taste and mindset. For example; vendor lock-in is mostly not a good idea. But if you chose a good vendor that “has it all” it can also have advantages. If you go to your local Niko dealer, someone can probably explain all components. You get everything (information, ordering, support) from a single place. No need to endlessly browse the Internet comparing manufacturers or products. On the other hand a closed standard might impose future risks: what if Niko decides to stop producing NHC? They already did that with it’s predecessor: Niko bus. Agreed, they solved it with NHC/NB bridge which allows to add NHC components to an existing NB installation. But not all functionality is usable this way.  So if you bought Niko bus some years ago you are already limited in adding new components.

KNX excels in the fact that it has no central processor (unlike PLCs). It is message driven and each sensor/actor has it’s own processor. They communicate with each other using telegrams (~messages). A sensor or an actor generates can subscribe to a so called ‘group address’ (like a multicast address) and it will then be able to pick up telegrams sent to that address by other sensors or actors. Based on the configuration they can decide to do something with the telegram or ignore it. But there lies also it’s weak point: each component is responsible for generating or processing telegrams, but it is limited to the logic offered by that component. For example; a light point needs to be switch on conditionally based on the value of a light sensor and the wall-clock time. This clearly involves clock logic. While perfectly possible with KNX, you’ll need a separate actor which is able to generate telegrams based on clock schedules. This starts to become a pricing issue as each KNX actor is a processor on its own making them not cheap. 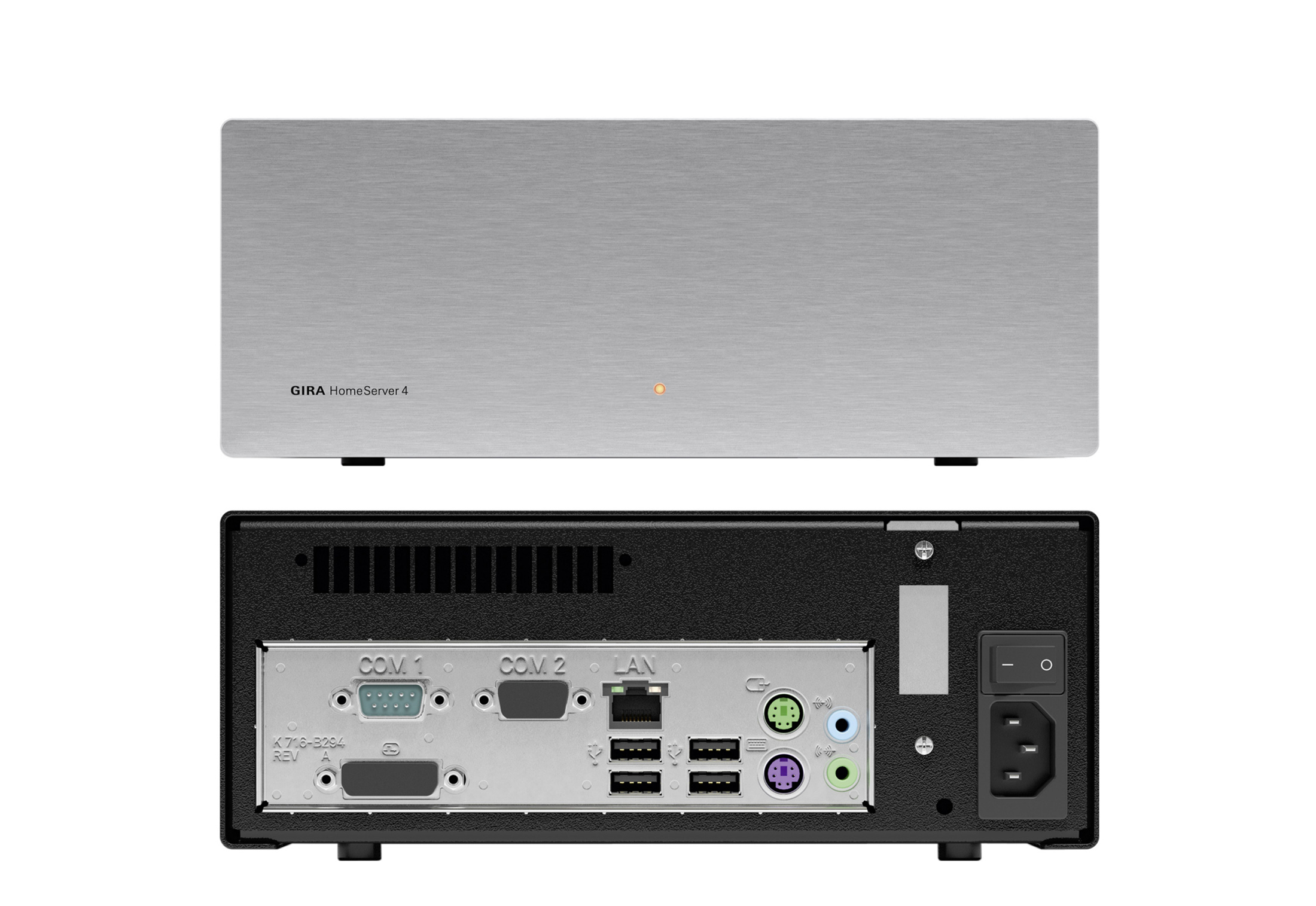 But there is also a solution. The so called KNX/EIB ‘servers’. They allow more advanced and centralized programming and form an extension to the traditional KNX sensors and actuators. An example of this is Gira’s home server. However, it’s price tag is really, really high at €2.200. Luckily, this is where Loxone comes in. Loxone offers the same functionality but at a reasonable price. It can even do more as it is a traditional CPU with KNX/EIB integration. To program your KNX components via Ethernet, you also need an IP gateway. This is again an extra (special) actor. With Loxone you get all of that combined in a single module. So by adding Loxone we get follow things in return:

A KNX gateway and 8DO KNX actor already cost more then the entire Loxone setup. So it’s a win-win deal: less money for more functionality.

So in the end I decided that an open system (such as KNX/EIB) in combination with a home automation PLC (Loxone Miniserver) combines the best of two worlds. KNX/EIB offers an open standard and freedom of choice in vendors and components. It also decentralized, message driven and open ended architecture which I felt comfortable with. Loxone adds the central processing power and interface to other platforms (web/mobile). It also allows to program all logic you would even need for your home automation at a reasonable price.

There is however one thing to keep in mind. While Loxone Miniserver is KNX/EIB compliant, it cannot be programmed like other KNX components. In other words, Loxone is programmed separately with different software and different ‘programming techniques’. But this actually makes sense. The way a KNX/EIB is programmed does not lend itself for complex logic. After all, KNX/EIB programming is more ‘configuring’. The Loxone development environment is better suited for this, taking full advantage of its possibilities. Do note that a Gira Home server for example is also programmed in a different way than traditional KNX/EIB components, so this is just natural.

In the next part I’ll show the components I’m planning to use to meet the requirements and the test board together with the initial programming I did to be able to test everything from my desk.